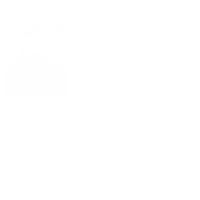 The project Laboratory of journalism is a part of the Winzavod.Education, the project's goal is professional support for novice journalists writing on the subject of contemporary art, design, architecture and fashion.

The laboratory combines professional training and practice, providing participants with the opportunity to communicate directly with experts fr om the field of media and simultaneously to practice. Winzavod Foundation launched an online platform for publication and support.

The laboratory consists of two main blocks. The first block one is distant, wh ere participants individually work with experts from the media. Within the second block, an intensive session is being held, consisting of a series of workshops from media representatives.

In 2019, TASS, the leading Russian news agency, joined the Laboratory team. Today, the agency is not only the largest source of exclusive news about the cultural life of the country, but also the creator of unique multimedia projects aimed at popularizing the culture, which use the latest formats for presenting information. During the classes, the agency’s journalists will offer students relevant topics for future publications and give a professional assessment of the materials.

In addition to TASS, the team of partners includes the Bolshoi Museum project, which will restart in the media format in the fall. As part of the partnership, laboratory assistants will have the opportunity to work with museum collections and major art institutions.

During the third Laboratory, together with the Radio of the Department of Journalism of the Moscow State University, a series of podcasts “School of Fact Checking” was released with the participation of project experts.

As part of the Expert Council of the Laboratory:

Irina Saminskaya is the head of the Laboratory of Journalism at Winzavod.

Marina Antsiperova is a journalist and columnist for Afisha Daily.

Evgeny Gutsal is the General Producer of the Divico digital agency, which works in conjunction with the UTV holding (U, MUZ-TV, Disney) and produces video content for the Internet, the company has YouTube shows, an Instagram series, and a network of publics in VK social network.

Daria Palatkina is an editor of the "Big Museum" project.

Maria Semendyaeva is an editor-in-chief of the “Bolshoi Museum” project, art critic, critic, started as a correspondent for the Kommersant’s culture department, worked for Afisha and The Art Newspaper Russia, collaborated with Regina Gallery, 24_DOC TV channel, and led the Romb video project.

From November 4th to November 11th, 2018, the Laboratory held 11 workshops with experts in Octave, Tula, the special issue of the Volna magazine was published with publications of 19 project participants.

Journalists plunged into the working processes of Winzavod Open Studios of the, talked with graffitters of the Wall project, interviewed START curators. Materials of graduates are published on the main page of the laboratory.

Being in a situation of strict self-isolation, the laboratory assistants participated in online lectures and seminars.

A new partner of the project was the newspaper of Gorky Park "First Park", which gave the opportunity for laboratory assistants to publish their works. The first material published in the framework of the cooperation was an article by Philip Smirnov "Park Transformer: How music reprogrammed urban spaces".

Laboratory for New Media is a special project of the Laboratory of Journalism, implemented within the Winzavod direction. Education conducted using a grant from the President of the Russian Federation provided by the Presidential Grants Foundation.

The new project consists of two stages: an online course and an intensive session in Moscow. The goal of the laboratory is to develop skills in working with new media among novice authors, and the mission in support is to support authors writing about culture and regional culture in general.

Anna Bralkova is an art critic, curator of exhibition projects, author of articles on art in Colta, Artchronika, New World of Art and RIA Novosti.

Evgeny Gutsal is the general producer of the Divico digital agency. Laureate of the Young Media Manager of Russia competition.

Yulia Zakharova is the editor-in-chief of the Gorky Park newspaper Pervaya Parkovaya.

Lera Kononchuk is a curator of mediation programs at the V-A-C Foundation, a researcher of contemporary culture and forms of self-institution.

Anton Kotenev is a free critic. Former head of culture at DailyStorm.

Mikhail Kotomin is the director of the Ad Marginem Press publishing house, a member of the expert council of the Non / Fiction fair. Co-founder of the Alliance of Independent Publishers and Book Distributors.

Natalia Kryuchkova is the editor-in-chief of The Art Newspaper Russia, the host of the TASS podcast "Kuindzhi Hoarse" and the founder of the TG channel "I'll take you to the museum."

Ksenia Lamshina - head of Radio Kultura, laureate of the Moscow Union of Journalists. Author of the telegram channel "Cultured People".

Ekaterina Livergant is the chief editor of the projects of the Kultura TV channel, producer of documentaries and information videos for cultural institutions.

Sasha Manakina is a journalist, fashion researcher, lecturer, editor-in-chief of Beinopen, author of the tg-channel “I hate fashion”.

Yura Omelchenko is a blogger, founder and host of the youtube project on contemporary art "ARTpatrol", co-founder of Omelchenko Gallery, auctioneer, art dealer.

Andrey Parshikov is a teacher, curator of the V-A-C Foundation. Curator of over 30 exhibitions in Russia, USA and Europe.

Irina Saminskaya - Project Manager of the Winzavod Foundation for the Support of Contemporary Art.

Elena Tulina is the founder and editor-in-chief of the media about culture, people and society "Monocler". 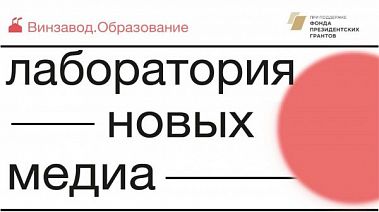 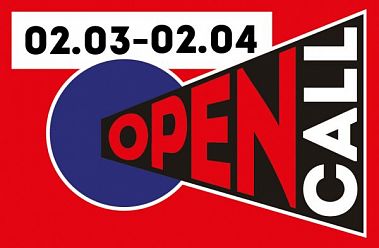 
Open Call for the fifth Laboratory of Journalism 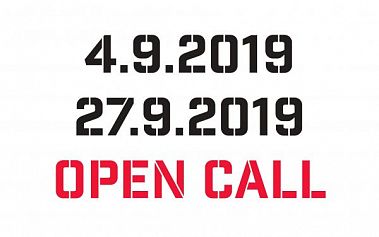 
Open call to the fourth Lab of Journalism at Winzavod