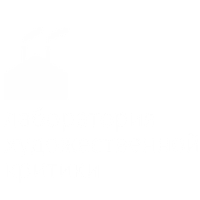 The Laboratory of Art Criticism (in cooperation with the BAZA institute) is a project of the Winzavod Fund for the support of Contemporary Art, initiated as part of a new development concept and part of the Winzavod. Education project.


The activity of the Laboratory of Art Criticism is aimed at supporting and developing the school of aesthetic critical thinking in the information space.

The "Laboratory" combines theory and practice, providing participants with the opportunity to communicate directly with experts and at the same time develop their knowledge. To publish materials and support students, the Contemporary Art Support Foundation of Winzavod launched a special online platform.

Today, projects of Winzavod are aimed at the development of educational technologies: we would like to become a place where they not only watch, but think and speak. We are launching the Journalism Lab and the Laboratory of Art Criticism due to the obvious lack of new names in this field and our interest in supporting professional approaches to art. Contemporary art itself is able to suggest ways of communication to the participants, and the invited media experts, curators and art critics will support the beginners in their practical part.


The educational program of the "Laboratory of Art Criticism" is divided into three trimester, the duration of study is one year.

The curriculum includes weekly theoretical and practical classes (three times a week), as well as the publication of a printed Bulletin - a new periodical on art, criticism and theory.

Since the launch of the Art Critics Lab, three major conferences have been held to introduce the ideas of the participants to the public. These conferences also resulted in the publication of two Bulletins, which provide tangible evidence of the work of laboratory technicians and their mentors. Among the interesting projects of the first set of participants there is a special project on reviewing exhibitions held in the galleries of Winzavod.

The expert board includes leading specialists in the field of mass media, art historians, theorists and curators:

The project is implemented with the support of Theory and Practice. 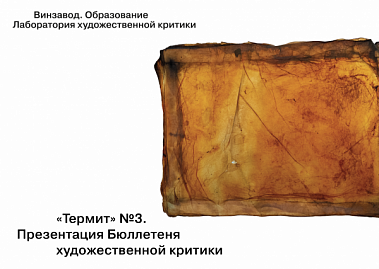 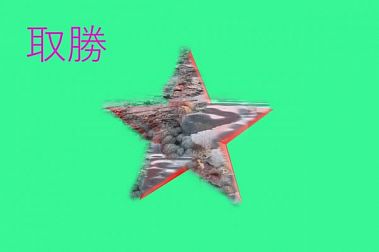 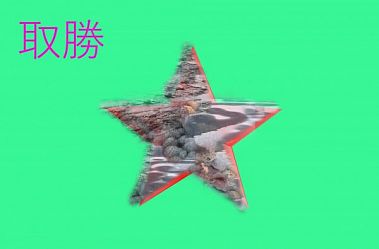